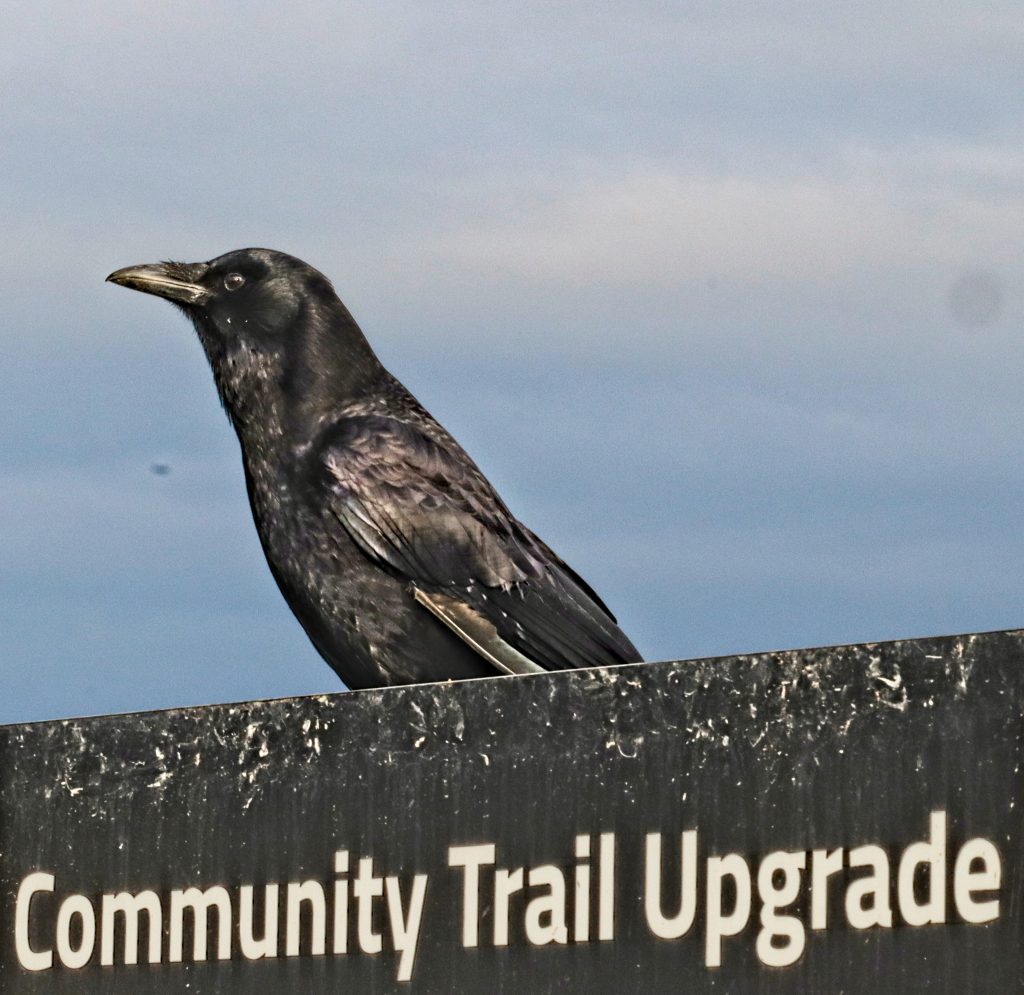 Where I feed the crows, the city has put a bench for people who walk the cornfield trail to sit on. The crows enjoy sitting on the bench as well, but when they sit on it they poo on it. They are birds, it is what they do. I decided I would clean the bench every other day. The crows must have realized I was cleaning up after them, because for the past week now they have not poohed on the bench. I know they have been on the bench because they have left sand on the bench where they perch. They are amazing birds. I never expected this though. I do wonder how they communicate with all the other birds though. There are a lot of them that meet at the end of the road where I feed them.  To know that they know better is to wonder about there motives when they poo on someone’s cars or a person.  I know I have watch a video where they talk about how the birds would poop on the car of a man they did not like but would not poo on his wifes car cause she would feed them. Just so many reasons to love these bird.