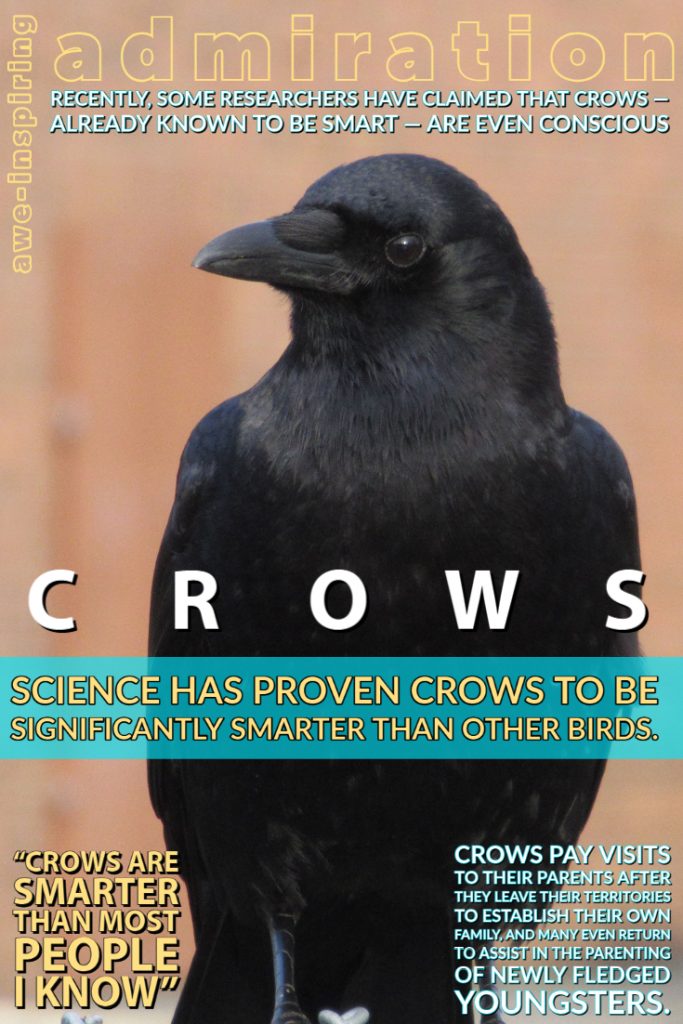 Looking for words to describe how I think about crows, I would have to say one is awestruck. Crows are incredible, adaptable passerine birds of our world.

When you look up crows on the internet, there are articles on how to befriend a crow. Everywhere you look for anything about crows, there is just a lot of writing and information on how to become friends. So here I am 5 years later, and I am confident that crows are smarter than most people. They just are. Imagine being that small and having to learn about life and all of us humans are a threat to their very existence. Here in Chilliwack, back in the day, crow shootings were quite common, and people would kill them, cut off their feet, and turn them in for a bounty.

Every day since this pandemic started, I have walked to the end of Topaz Drive here in Chilliwack to see the crows. Lately, I have had a lot of unpleasant people say a lot of unpleasant things and I find it very disappointing and very upsetting. One man told me I needed to see a doctor as he was swinging his umbrella at these harmless creatures, saying that he should have already poisoned them, and I was shocked by this. I was just standing at the end of the road with the crows lined up on the fence. They were not doing anything but being perched on the fence like birds do. I have been told that they are invasive species. Until just this past year, crows were North American Crows, but now they are just American Crows. So, I am very much sure they belong here and there is a good reason for us to keep them around. Crows and Jays are needed now more than ever for the conservation of some tree species. The corvidae family is known for its scattered hoarding and seeds benefit from this, eventually sprouting into trees in areas where the seeds would not have reached if it was not for the birds.

See, the thing about crows is that they are a lot like us. I know that sounds crazy, but I am talking about their lives and their social structures. Crows do not leave their parents for up to the first 5 years of their lives. They say that is one of the reasons they are so smart.